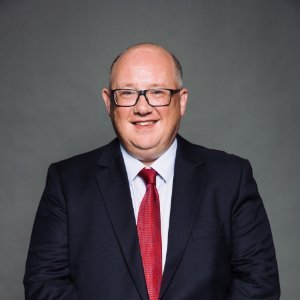 Mr. Simon Bligh, BA (Oxon), ACA (ICAEW), serves as the Chief Executive Officer of Dun & Bradstreet for Australia & New Zealand at Dun & Bradstreet (Australia) Pty Ltd. Mr. Bligh served as the Chief Data Officer of Veda Group Limited from May 2013 to April 1, 2015. He served as the Chief Data Officer at Veda Advantage Limited and also as its Chief Financial Officer since 2010. Mr. Bligh joined Veda Advantage Group in November 2010. He served as Chief Financial Officer of Sydney Airport Corporation Limited. His career spans 20 years in a wide range of financial roles in Europe and Australia. Prior to Sydney Airport, he served for 13 years in telecommunications businesses in Australia, France, Ukraine and the UK. He served for four years in Paris as AT&T European Chief Financial Officer responsible for over 300 staff located in countries. He has extensive treasury, risk management, vendor management and commercial expertise. Previously, he served as the Chief Financial Officer of Sydney Airport where amongst other responsibilities he led major re-financing of the business and was responsible for all commercial matters with airlines including airline acquisition. Mr. Bligh holds degree in English Literature from University of Oxford.


Yes, sign me up! By submitting this form, I agree and consent to receive emails from Innovation Exchange LLC (IXL), the corporate entity for the CDO Club, CDO Summit, and Web3 Summit, and I understand and accept that IXL may use my personal data as described in IXL’s Privacy Policy. I may opt-out and withdraw my consent at any time via the unsubscribe link at the bottom of every email.